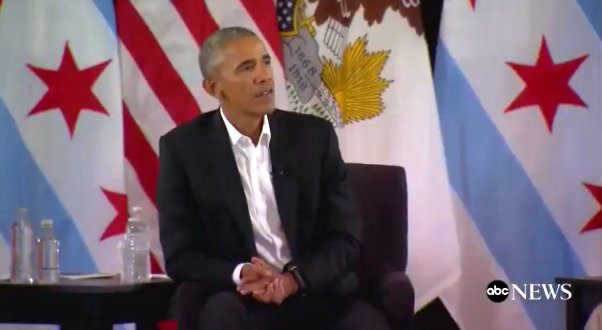 Former President Barack Obama revealed Wednesday his intention to donate $2 million to a summer jobs program for young people in Chicago. He made the announcement while at a roundtable about his soon-to-be-built presidential center and library in Chicago. The completion of that project is “about four years” away, Obama said.

However, the programming of this effort, Obama said, he intends to start this year. “We don’t want to wait for a building … this is about reaching out right now,” he said. Obama said Chicago, where he got his start as a community organizer before jumping into politics, “has never looked more beautiful.”

Former Pres. Obama, Michelle Obama to personally donate $2 million to summer jobs programs in Chicago so “young people can get to work.” pic.twitter.com/0SQJU96wSm