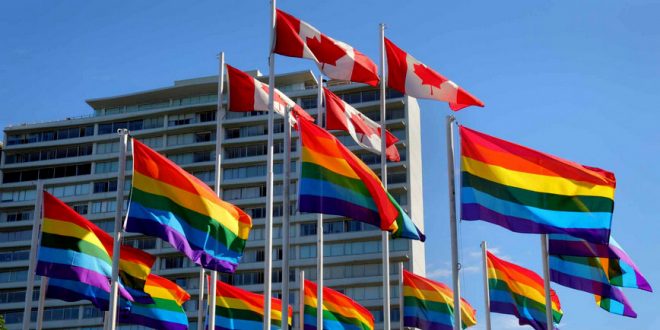 CANADA: Government To Formally Apologize To Thousands Of LGBTs Hounded Out Of Military Service

Canada’s government has said it will formally apologise to the thousands of Canadians who suffered injustices during a decades-long campaign to root out homosexuality from the military and public service, bringing it in line with a longstanding demand by advocates.

The apology is expected to take place in early autumn. Public consultations are under way – led by the MP Randy Boissonnault, the prime minister’s special adviser on LGBT issues – in an attempt to capture a full picture of the wrongs inflicted by the federal government during a period of some three decades.

The plans come months after the announcement of a C$600m class action lawsuit by former public servants and military members who were forced out of their jobs because of their sexuality. In a statement, Boissonnault said the government would acknowledge the role of its legislation, programs and policies in the discrimination and injustices faced by LGBT Canadians. “We are committed to apologise in an inclusive and meaningful manner before the end of 2017,” he said.

Previous Trump: The Appointment Of A Special Counsel Is A “Pure Excuse For Democrats Having Lost The Election”
Next Mnuchin Flip-Flops On Breaking Up Big Banks, Elizabeth Warren Rants “This Is Straight Out Of Orwell” [VIDEO]