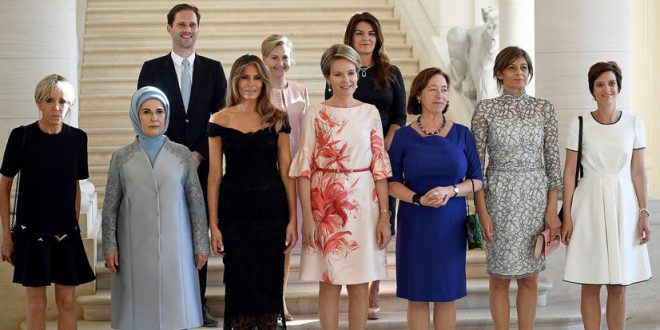 While President Donald Trump has met with many male heads of government, First Lady Melania Trump has often mingled with their wives. But on Thursday, Mrs. Trump was introduced to the First Gentleman of Luxembourg.

Gauthier Destenay, the husband of Luxembourg’s Prime Minister Xavier Bettel, joined Trump and other spouses for a dinner while their significant others attended a gathering as part of the North Atlantic Treaty Organization (NATO) conference in Brussels, Belgium.

Prime Minister Bettel, 44, and Belgian architect Destenay entered a civil partnership in 2010 and married in 2015 after Luxembourg’s legislators approved gay marriage. Bettel became the first openly gay Prime Minister of Luxembourg in December 2013, after an election campaign in which his sexuality was not a secret nor an issue.