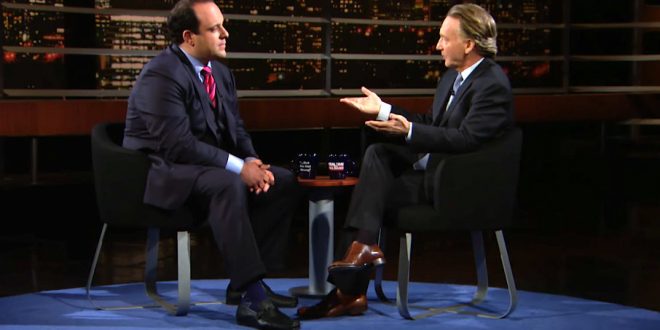 Donald Trump-ally Boris Epshteyn bravely showed up for his interview on “Real Time with Bill Maher” Friday as more news stories broke about Russia’s election interference. Epshteyn, a former senior adviser of the Trump campaign who now has a new gig at the right-wing Sinclair Broadcast Group, was predictably optimistic about the current administration.

Bill Maher, who said he had “breaking news fatigue” during his monologue, asked Epshteyn how much longer he thought the country would have to deal with this president. “I think he can be president for eight years,” Epshteyn said, precipitating boos from the crowd. “Sorry to disappoint you folks.”

“Why don’t we have a gentlemen’s bet, a 100 rubles?” Maher proposed. “Gentlemen’s bet: He is out by Christmas.” The two shook hands over the bet, which comes out to be about $2.

As you’ll see, Epshteyn also refused to admit that Russia meddled in the election.