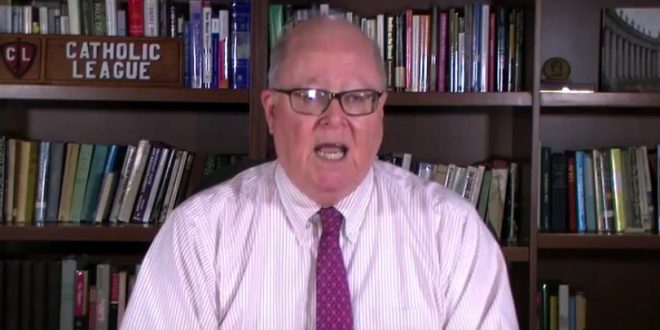 Last year Catholic League blowhard Bill Donohue blew more than $100,000 with a full-page New York Times ad in which he denounced ABC/Disney’s The Real O’Neals and compared one of the show’s producers, Dan Savage, to David Duke. Today Donohue finally got his wish when the show was not picked up for a third season.

O’Neals had an encouraging start to Season 2, landing an order for three additional episodes in November. But by the time it wrapped up its second season in March, it ranked as ABC’s least-watched comedy, averaging just 3.1 million viewers a week. The cancellation ends its series run at a total of 29 episodes.

This morning Donohue posted a spittle-flecked celebratory rant on YouTube in which he repeats the charming insults made in his New York Times ad. It’s what Jesus would want. Watch in amazement.