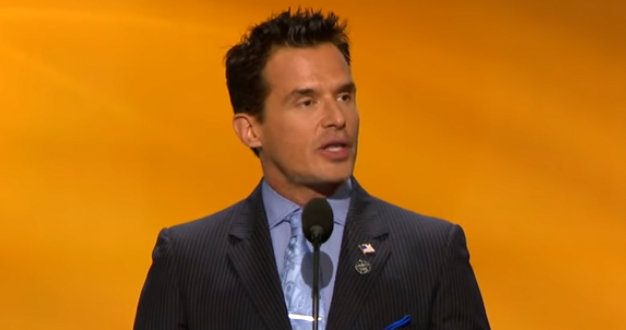 Actor Antonio Sabato Jr. is running for Congress, challenging Rep. Julia Brownley (D-Westlake Village), who represents the southern central coast and most of Ventura County, according to documents filed with the Federal Election Commission on Monday.

Sabato is a longtime actor best known for roles in “General Hospital” and “Melrose Place” and as a model for Calvin Klein underwear. In recent years he has appeared in several reality television shows, including starring in “My Antonio,” a VH1 contest for which women competed for his affection, and “Dancing With the Stars.”

The 45-year-old was a vocal supporter of President Trump during the 2016 presidential campaign and spoke on his behalf at that year’s Republican National Convention. In an interview at the time, he said that that then-President Obama was a Muslim, which is not true. Sabato said afterward that he was blacklisted by Hollywood producers because of his visible support for Trump.