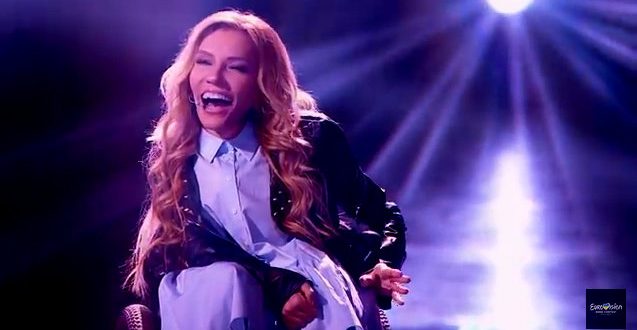 Few rules have been bent, manipulated and outright broken quite like the Eurovision song contest’s ban on “lyrics, speeches [or] gestures of a political or similar nature”. Over the six decades of the competition there have been peace, war and the fall of the Berlin Wall – but this year politics has gripped Eurovision in a more brazen fashion than ever.

A high-profile tussle between the host nation, Ukraine, and Russia reached fever pitch on Friday when the Russian broadcaster Channel One announced it would not broadcast the contest next month. The move was in retaliation for the host’s decision to ban Russia’s contestant, Julia Samilova, after it emerged she had visited Crimea, annexed from Ukraine by Russia in 2014, and performed there.

Russia’s decision has removed any chance of it competing this year, according to the European Broadcasting Union (EBU). It is the first time the host state has banned another state’s entrant, and many within Eurovision accused Ukraine of politicising the contest.

However, others see the decision to put forward Samilova as an equally political move on the part of Russia, forcing Ukraine to choose between upholding its laws and appeasing Eurovision. Russia had initially promised not to choose a contentious entry in the interests of peace and it was only on the night of the deadline that it finally put forward Samilova.

Russia says the singer who has been refused entry into Ukraine for this year’s Eurovision Song contest will be the country’s entry for 2018. Channel 1 director Konstantin Ernst said Friday an agreement has been reached with the European Broadcasting Union for Samoylova to be Russia’s entry next year. The 2018 venue will be determined by the nationality of this year’s winner.