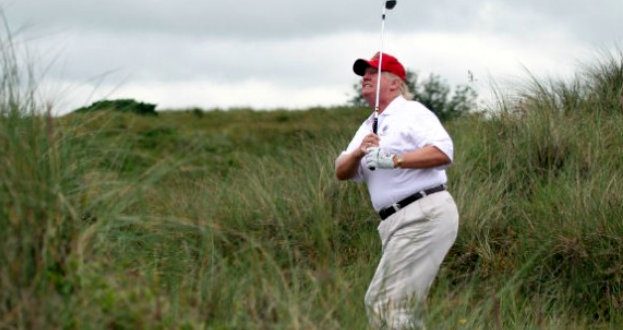 Donald Trump’s trips to his luxury Florida resort have already cost the US taxpayer at least $24 million – roughly as much as Barack Obama spent on travel in the first two years of his presidency. Mr Trump has spent seven weekends at Mar-a-Lago since taking office ten weeks ago. It is estimated that each of these trips costs at least $3 million, covering the President’s extensive security detail.

In total, Mr Obama’s travel bill over the eight years of his presidency came to $97 million – an average of $12.1 million a year. President Trump almost matched this figure in his first month – spending $10 million on three golfing holidays.

The cost of travel and security for the entire Trump family is likely to be much higher, as the First Lady Melania and Mr Trump’s youngest son, Barron, are remaining in New York until at least September. The New York Police Department has confirmed that it costs between $127,000 and $146,000 a day “to protect the First Lady and her son while they reside in Trump Tower”.

President Obama should have gone to Louisiana days ago, instead of golfing. Too little, too late!

President Obama has a major meeting on the N.Y.C. Ebola outbreak, with people flying in from all over the country, but decided to play golf!