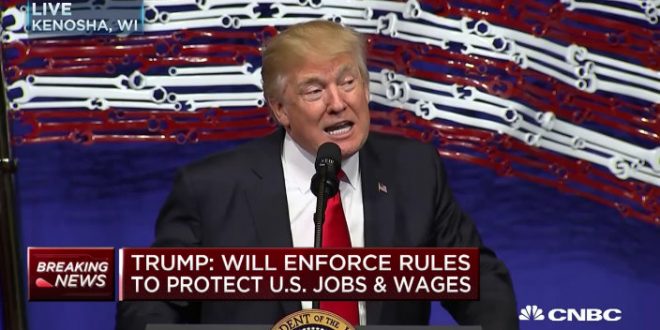 “We are sending a powerful signal to the world. We are going to protect our workers, defend our jobs and finally put America first,” Trump said Tuesday. But businesses owned by Trump and his family members don’t always favor American workers.

Last year, Trump got approval to hire 64 foreign workers for his Mar-a-Lago resort in Florida through the government’s H-2B visa program, according to the Palm Beach Post. Trump has heavily criticized the H-1B program, but not the H-2B, which applies to seasonal or temporary workers.

Trump defended the hiring move in a presidential debate last March, saying it is “very, very hard” to find workers to fill those jobs — which included positions for waiters, cooks and housekeepers, according to the Post report.