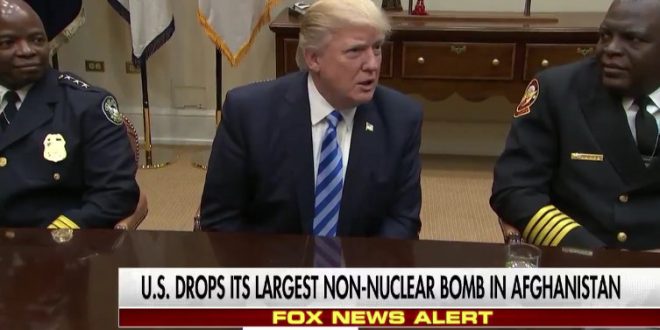 President Trump on Thursday lauded the bombing of ISIS targets in Afghanistan with one of the United States’ most powerful weapons but declined to say whether he authorized the strike. “We have [an] incredible military. We are very proud of them and this was another very, very successful mission,” Trump told reporters after a meeting with first responders at the White House.

When asked if he personally signed off on the use of the powerful weapon, Trump responded, “Everybody knows exactly what happened. We have the greatest military in the world and they’ve done a job as usual, so we have given them total authorization. And that’s what they’re doing.”