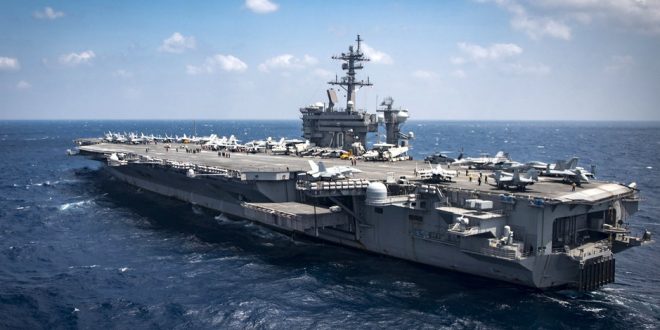 As worries deepened last week about whether North Korea would conduct a missile test, the White House declared that ordering an American aircraft carrier into the Sea of Japan would send a powerful deterrent signal and give President Trump more options in responding to the North’s provocative behavior.

The problem was, the carrier, the Carl Vinson, and the four other warships in its strike force were at that very moment sailing in the opposite direction, to take part in joint exercises with the Australian Navy in the Indian Ocean, 3,500 miles southwest of the Korean Peninsula.

White House officials said on Tuesday they were relying on guidance from the Defense Department. Officials there described a glitch-ridden sequence of events, from a premature announcement of the deployment by the military’s Pacific Command to an erroneous explanation by Defense Secretary Jim Mattis — all of which perpetuated the false narrative that an American armada was racing toward the waters off North Korea.

The saga of the wayward carrier might never have come to light, had the Navy not posted a photograph on Monday of the Carl Vinson sailing through the Sunda Strait, which separates the Indonesian islands of Java and Sumatra. The picture was taken on Saturday, four days after the White House press secretary, Sean Spicer, described its mission in the Sea of Japan. And the aircraft carrier was going the wrong way… pic.twitter.com/UZzimJLJ4E

There was no “armada” racing toward North Korea last week, as Trump said. America’s credibility takes another hit. https://t.co/e4qXigWr8O