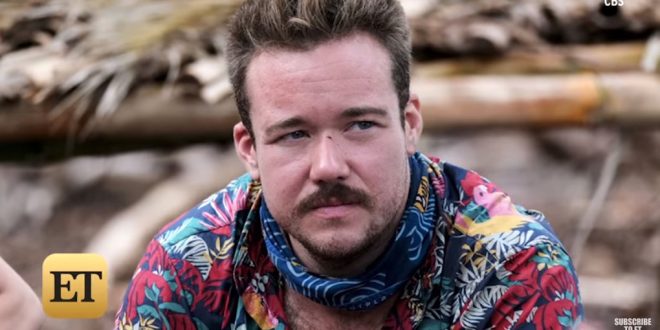 Tonight’s episode of CBS’ Survivor was a gut-wrenching look at the consequences of outing a transgender person against his will. At Tribal Council, contestant Jeff Varner told his tribemates that fellow contestant Zeke Smith is a transgender man. Zeke Smith played in the previous season “Millennials vs. Gen X” before being brought back immediately for the current season “Game Changers.” During both seasons, Zeke has played as an out gay man, but chose not to disclose his gender history to his tribemates or to the viewing audience.

Nick Adams, Director of GLAAD’s Transgender Media Program, said: “Zeke Smith, and transgender people like him, are not deceiving anyone by being their authentic selves, and it is dangerous and unacceptable to out a transgender person. It is heartening, however, to see the strong support for Zeke from the other people in his tribe. Moments like this prove that when people from all walks of life get to know a transgender person, they accept us for who we are.”

Zeke Smith didn’t want to be known as the “first transgender Survivor star.” Now, another contestant has taken that choice away. During Wednesday night’s episode of Survivor: Game Changer, which finds contestants from previous seasons returning to the “reality” competition show, Jeff Varner unexpectedly outed the 29-year-old Smith as a transgender man.

“Why haven’t you told anyone here you’re transgender?” Varner pointedly asked Zeke, in front of their team at the tribal council, where they were about to vote to eliminate one of their number from the show.

Varner was immediately condemned by the other members of the “tribe” who shouted things like, “That’s personal!” and, “You didn’t have to do that!” and, “Nobody has the right to out anybody.” Tai Trang, a 51-year-old gay gardener, was particularly outraged and leapt to Smith’s defense.

Varner defended himself at first, saying that he did it to “show the deception” that Zeke was capable of and insisting that he “argue[s] for the rights of transgender people every day in the state of North Carolina.” “I don’t want the perception to be that I’m this evil hateful person,” he said.

From a lengthy column penned by Zeke Smith for the Hollywood Reporter:

I don’t believe Varner hates trans people, just as I don’t believe conservative politicians who attack trans people actually care where we use the bathroom. For both, trans people make easy targets for those looking to invoke prejudice in order to win votes. Thankfully, my tribemates rebuffed his hateful tactics. After 18 days starving and competing with me, they knew exactly the man I am, and after that Tribal Council, we all knew exactly the man Varner is.

I looked to Varner, now the one hunched and quivering, and contemplated the backlash he would face. When he said what he said, he changed both of our lives forever. When he pulled me in for a hug, I felt compelled to reciprocate, both as a sign that I was willing to forgive him and that the shots he had fired missed.

But, if we’re being perfectly honest with one another, I’ve struggled with that forgiveness in the months following. I can’t foresee us sipping martinis together in Fire Island. While I can reconcile the personal slight of him outing me, I continue to be troubled by his willingness to deploy such a dangerous stereotype on a global platform.

Twitter has seen an outpouring of support for Smith.