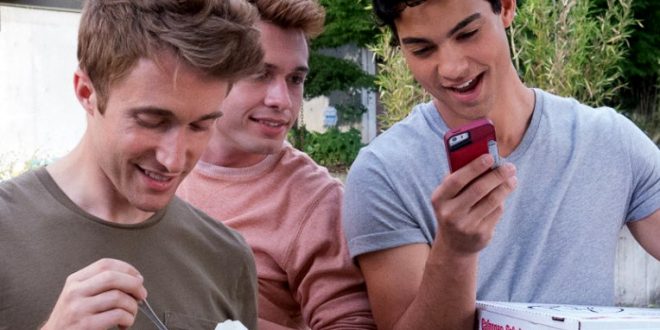 Blue Seraph Productions’ third feature film is also our first adaptation. “Something Like Summer,” the novel by Jay Bell, is itself something of a phenomenon. Independently published, the book resonated with readers all over the world, who spread the word to others, turning it into a full-fledged social media sensation. The book garnered widespread praise from readers on Amazon.com (rated 4.6 stars out of 5), Apple’s iBookstore (4.5 stars) and the online literary community of Goodreads (4.2 stars). Facebook, Twitter, Tumblr — all have proven themselves as platforms for readers of all ages to share their heartbreak, joy, nostalgia and inspiration from Jay Bell’s story of true love discovered, sundered, rediscovered, torn and delicately re-knit.

From a recap of the plot:

Benjamin is the only guy at his high school with the courage to come out of the closet. Putting up with the bullies and his classmates’ whispered condemnations keeps him from pursuing his dream of being a singer. Instead, Ben spends his summer vacation stalking Tim, the handsome athlete who just moved to town. Something Like Summer follows the course of true love over the span of a dozen years, from awkward adolescence through challenging adulthood, featuring seven original musical numbers and the artwork of a talented young artist.

The film plays later this month at the Miami LGBT Film Festival. Further screenings will be announced on the film’s Facebook page.