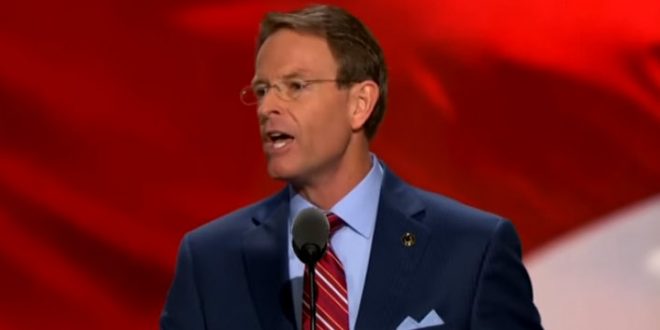 Hate group leader Tony Perkins is EVER so pissed about yesterday’s federal court ruling that the Civil Rights Act of 1964 also applies to anti-LGBT employment discrimination. He screeches via press release:

If Congress won’t rewrite the law, liberals will find a court who will! That’s been the M.O. of the Left for decades: packing the bench with wannabe legislators who’ll impose the agendas they could never pass democratically. It worked on school prayer, abortion, and marriage, as Rep. Nancy Pelosi (D-Calif.) bragged last year. Now, the Left is using the same playbook on the gender debate — knowing full well that it’s the only way they can force their vision on an unwilling America.

Fortunately, there are some judges who agree with us that if the Left wants to change the definition of discrimination, it’s asking the wrong branch of government. Unfortunately, those judges aren’t in the majority on the 7th Circuit Court of Appeals. In a mind-boggling decision yesterday, the judges not only stole Congress’s job — they admitted they were doing it!

For years, liberals have tried to pass legislation making “sexual orientation” a protected category under the Civil Rights Act — first with ENDA (the Employment Non-Discrimination Act) and then with the “Equality Act.” The House and Senate rejected them every time.

They recognized, as we do, that sexual orientation wasn’t on the minds of legislators 53 years ago when it was trying to weed out prejudice — and more importantly, it wasn’t in the text of the law that passed! No bother, liberals said. We’ll just rewrite the policy through our activist courts.

And Tuesday, the 7th Circuit was more than willing to comply. “For many years,” Chief Judge Diane Wood admitted, “the courts of appeals of this country understood the prohibition against sex discrimination to exclude discrimination on the basis of a person’s sexual orientation.”

So by her own admission, there’s absolutely no justification for rewriting the law. Still, she goes on, it’s the court’s responsibility to take a “fresh look” at its position. And in doing so, she writes, “we conclude today that discrimination on the basis of sexual orientation is a form of sex discrimination.”

The decision, an 8-3 bombshell, was astounding because it bucked — not just the 7th Circuit’s precedent, but every circuit’s precedent. Judge Diane Sykes was just as shocked as we are. “Any case heard by the full court is important,” she wrote in her dissent, “This one is momentous. All the more reason to pay careful attention to the limits on the court’s role. We are not authorized to infuse the text with a new or unconventional meaning or to update it to respond to changed social, economic, or political conditions.” In a powerful rebuke, she warns her colleagues that they’ve crossed into dangerous new territory.