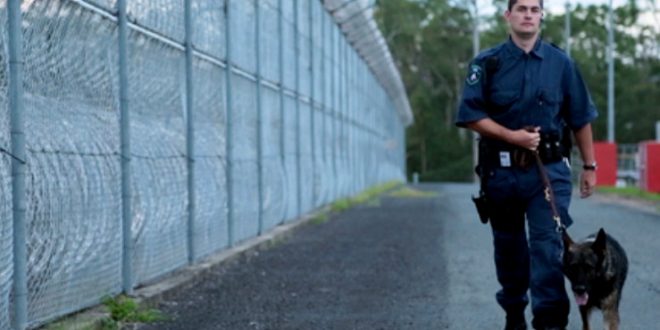 Last year the Justice Department declared that it would no longer contract with private for-profit prisons after widespread reports of corruption and mistreatment of prisoners by the global private prison company GEO Group.

Back in February that decision was reversed by Attorney General Jeff Sessions after the GEO Group donated six figures to a pro-Trump super PAC.

Which brings us to today’s press release:

The GEO Group announced today that it has been awarded a contract by U.S. Immigration and Customs Enforcement (“ICE”) for the development and operation of a new $110 million, company-owned 1,000-bed Detention Facility (the “Facility”) to be located in Conroe, Texas.

GEO expects to design, finance, build, and operate the company-owned Facility under a ten-year contract with ICE, inclusive of renewal option periods. The 1,000-bed Facility is scheduled for completion in the fourth quarter of 2018 and is expected to generate approximately $44 million in annualized revenues and returns on investment consistent with GEO’s company-owned facilities.

“We are very appreciative of the continued confidence placed in our company by U.S. Immigration and Customs Enforcement,” said George C. Zoley, GEO’s Chairman and Chief Executive Officer.

GEO has had a long standing private-public partnership with ICE that dates back to the 1980s. GEO’s facilities are highly rated and provide high-quality, culturally responsive services in safe, secure, and humane residential environments.

“We’re pleased to have been able to build on our long-standing partnership with ICE to help the agency meet its need for detention beds which comply with the Federal government’s national performance based standards,” added Mr. Zoley.

From the opening of the GEO Group’s Wikipedia entry:

The company has been the subject of civil suits in the United States by prisoners and families of prisoners for injuries due to riots and poor treatment at prisons and immigrant detention facilities which it has operated. In addition, due to settlement of a class-action suit in 2012 for its management of a Mississippi juvenile facility, the largest in the nation, the GEO Group lost its contract for this and two other Mississippi prisons (which it had been operating since 2010).

Related federal investigations of kickback and bribery schemes associated with nearly $1 billion in Mississippi state contracts for prisons and related services have resulted in the criminal prosecution of several public officials there. In February 2017 the State Attorney General announced a civil suit for damages, to recover monies from contracts completed in the period of corruption.

How gross must you feel being the person writing the press release celebrating contract to put more immigrants in cages? #NoBanNoWallNoRaids pic.twitter.com/20l4A1bgy5