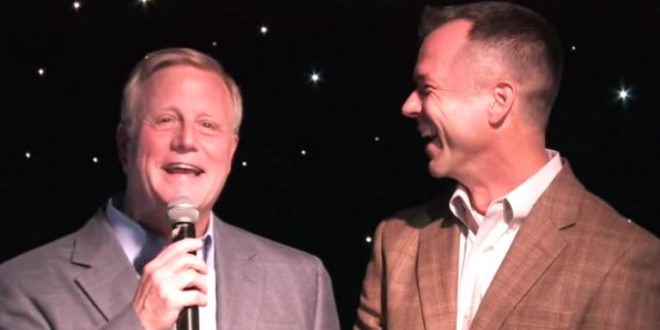 Two Texas couples who fought to overturn the state’s ban on same-sex marriage were awarded more than $600,000 in attorneys fees and other costs, a federal appeals court decided this week.

Mark Phariss and husband Vic Holmes and Cleopatra DeLeon and wife Nicole Dimetman waged a years-long legal battle to do away with Texas’ anti-gay-marriage laws. On Tuesday, the 5th Circuit Court of Appeals awarded their attorneys $585,470.30 in fees and $20,202.90 in other costs.

“We’re thrilled,” said Phariss, who married Holmes in Frisco just months after the U.S. Supreme Court declared same-sex marriage legal nationwide. “It means that our attorneys finally get compensated for all of their hard work.”

The law firm that represented the couples has pledged the money to future pro bono work. In the 2015 clip below, Phariss and Holmes tell the story of how they met nearly 20 years ago.