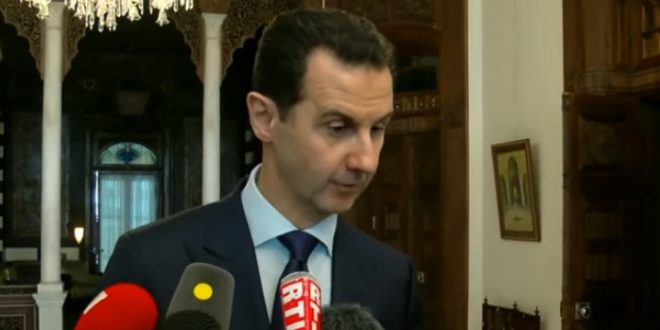 Syria condemned U.S. missile strikes on a Syrian air base, describing them Friday as a “blatant act of aggression.” The office of Syrian President Bashar Assad said the strikes, which President Trump launched in response to a chemical attack on civilians, were “shortsighted,” “reckless” and “irresponsible.”

Talal Barazi, the governor of Homs province, where the base is located, said at least seven people were killed in the strikes. Russian Defense Ministry spokesman Maj. Gen. Igor Konashenkov said six Syrian jets were destroyed but the air base’s runway was intact.

He said “the combat efficiency of the U.S. strike was very low” and that 23 of the 59 missiles fired by the U.S. reached the base. “The place of the fall of the other missiles is unknown,” Konashenkov said, according to Russia’s TASS news agency.

The Syrian army said the strikes made the U.S. a “partner” of the Islamic State, Jabhat al-Nusra and other terrorist organizations. Assad allies Russia and Iran also condemned the U.S. strikes, saying they violated international law.