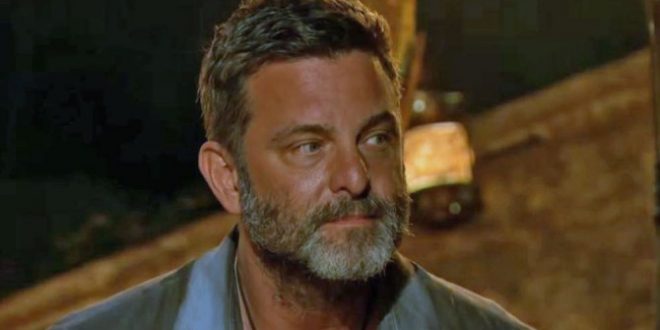 Survivor’s Jeff Varner has lost his job over what the contestant called the “worst decision” of his life. After outing his friend and fellow contestant Zeke Smith as being transgender on Wednesday’s episode of CBS’ Survivor: Game Changers, Varner, 50, was fired from his job as a real estate agent the following day.

The North Carolina native and former news anchor for CBS and Fox affiliates was told he is “in the middle of a news story that we don’t want anything to do with,” reports News & Record Greensboro. His employer, Allen Tate Realtors, declined to comment for the story.

The episode went viral after it aired on Wednesday, with CBS standing by its decision to broadcast the tribal council moment, which resulted in Varner’s elimination. Immediately following the episode, Varner was criticized for outing Smith, including by LGBT watchdog organization GLAAD.

Varner, who is gay, apologized to Smith on social media following the outcry, saying he wanted to be clear that “outing someone is assault.” He told the Greensboro paper that even though the Fiji season had been filmed 10 months ago, he wasn’t permitted to speak of it until the episode aired on Wednesday night.

“I wasn’t even given the chance to explain or right the wrong,” he explained. “In the real estate world, buyers and sellers want to know they’re signing up with a company that won’t dump them or turn their backs on them in time of trial. So I’m talking to several firms now that I know will care about and believe in their employees. I have had several reach out [and] I’m confident I’ll find a better home.”

“As I’m spending hours doing press [on Thursday], I discover I can’t access my email. Then the MLS association emails to say, ‘You’ve been terminated.’ I didn’t even find out from my company. Suddenly my real estate license was inactive and my current clients [were] left in the dark. It took hours after my press junket to get anyone with the company on the phone to tell me personalLy, and even longer to calm my clients, all of whom, by the way, are coming with me to my new firm,” Varner continued. “It was an ugly day. My former boss told me that I was in a news story they wanted nothing to with.”