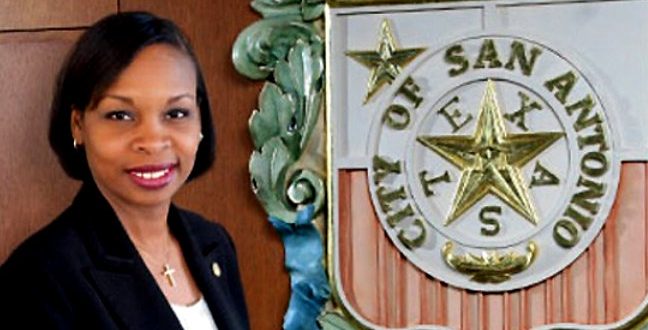 At an April 3rd mayoral candidate forum, Mayor Ivy Taylor shared her surprising views on systemic poverty in San Antonio. To her, the “broken people” facing poverty just have a bad relationship with God.

Now, weeks after the forum, a video of her answer has gone viral. The video shows Taylor and fellow candidate Councilman Ron Nirenberg answering a question from Megan Legacy, the director of SA Christian Resource Center. She asks: “What do you see as the deepest, systemic causes of generational poverty in San Antonio?”

Back in 2013 while still a city council member, Taylor voted against an ultimately successful LGBT rights ordinance because Jesus. She does oppose the so-called bathroom bill now pending in the state legislature. Taylor considers herself an independent but is a registered Democrat so she can vote in the state primaries.

Previous Alex Jones: By Age 16 I’d Had Sex With 150 Women Because I Was Already A Real Man By Then [VIDEO]
Next State Department Site Pitches Mar-A-Lago