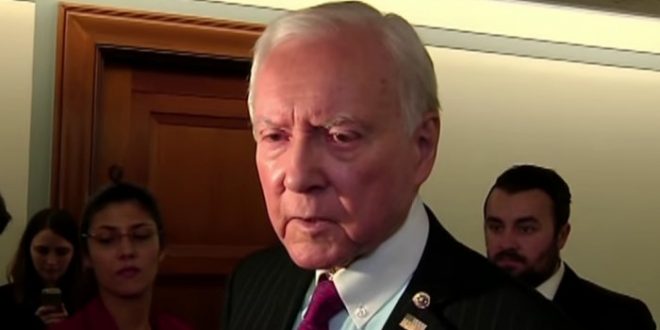 ROMNEY BUST: Sen. Orrin Hatch Vows To Bid For Eighth Term Because “Trump Is All Over Me To Run Again”

Sen. Orrin Hatch (Utah), the most senior GOP senator, said on Monday that he is currently planning on running for an eighth Senate term. “I fully intend to run again, but I’m going to take time and think it over and make up my mind on that, but right now, yes, I’m going to run,” Hatch told KUTV, a Utah TV station, asked about his future political plans.

Hatch, who is up for reelection in 2018, previously said ahead of the 2012 elections that he would retire next year. Asked why he changed his mind, Hatch pointed to President Trump’s White House win.