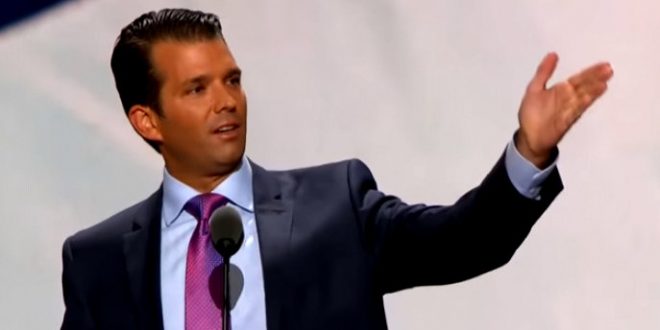 Donald Trump Jr. wants to run for political office, telling members of an elite gun club that he could set his sights on becoming governor of New York. Don Jr. spoke to members of the F6 Labs gun club in Hicksville, NY, and, when asked about his political ambitions, said he would love to follow his father, President Donald Trump, into office.

A guest at Tuesday’s meeting told Page Six, “Don Jr. said he is interested in running for office, such as governor of New York, but the position of mayor of New York would be less interesting to him.” Don Jr. added that he didn’t want to be one of 100 Senators, nor a member of Congress.

Campaigning alongside his father made him think about his future, with him saying, “Do I want to be behind the scenes and be a mouthpiece and fight back against crazy liberal media? Maybe.” Don Jr. joked that he missed the intensity of the presidential campaign: “Going back to doing deals is boring after 18 months. The politics bug bit me.”