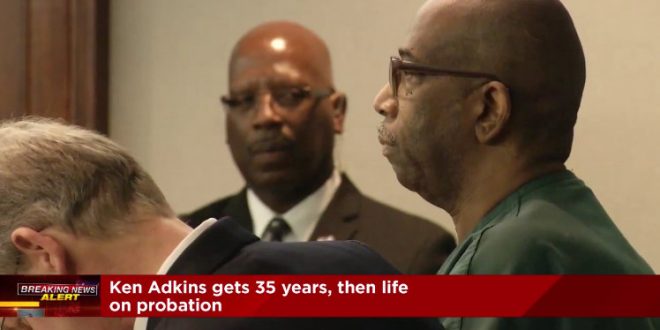 A judge has sentenced Brunswick Pastor Kenneth Adkins to life for aggravated child molestation Tuesday morning. Adkins’ sentencing states he must serve a minimum of 35 years in prison, with the rest served on probation. He also faces up to 20 years for every additional charge, all to run concurrently.

Adkins is known for his controversial remarks and actions in the political sphere, beyond his work with the church. After the Orlando massacre at the Pulse gay club, he tweeted that gay people deserved what they got.

The defense centered on whether the victim in the case had reached the age of 16 — the age of consent in Georgia — and if he remembered the dates and events correctly. The accuser, who is now 22, told the Georgia Bureau of Investigation last summer that he hadn’t yet turned 15 when Adkins, who was the pastor of his church and became a father figure to him when his grandfather died, began calling and texting him. He said the relationship turned sexual in 2010, when he participated in various acts with his girlfriend and Adkins.

Previous SO MUCH WINNING: Court Blocks Enforcement Of Trump Order To Withhold Funds From Sanctuary Cities
Next Marco Rubio Blasts Chechnya’s Violent Crusade Against Gay Men, Calls On US Government To Act [VIDEO]