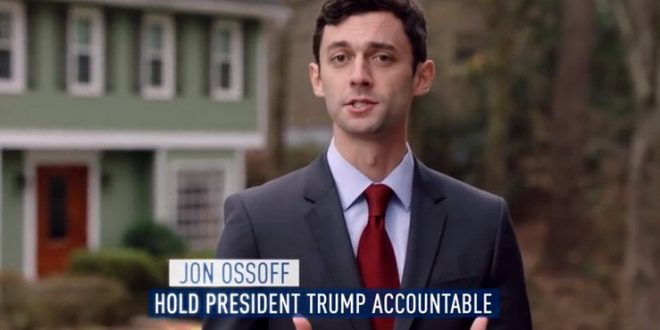 The eyes of the political world are on Atlanta’s northern suburbs Tuesday as voters go to the polls in a special election that’s about much more than the House seat up for grabs.

Democrat Jon Ossoff is aiming to win the seat outright — topping 50% and avoiding a runoff. If he succeeds, it would deliver a major blow to President Donald Trump and suggest the GOP’s House majority is in jeopardy in the 2018 midterms.

The race is to replace new Health and Human Services Secretary Tom Price in Georgia’s 6th District — long a reliable Republican stronghold and the seat Newt Gingrich held on his rise to becoming House speaker in the 1990s.

Live results are being reported by the New York Times.

With eleven Republican candidates running in Georgia (on Tuesday) for Congress, a runoff will be a win. Vote "R" for lower taxes & safety!

Democrat Jon Ossoff would be a disaster in Congress. VERY weak on crime and illegal immigration, bad for jobs and wants higher taxes. Say NO

Republicans must get out today and VOTE in Georgia 6. Force runoff and easy win! Dem Ossoff will raise your taxes-very bad on crime & 2nd A.

Just learned that Jon @Ossoff, who is running for Congress in Georgia, doesn't even live in the district. Republicans, get out and vote!