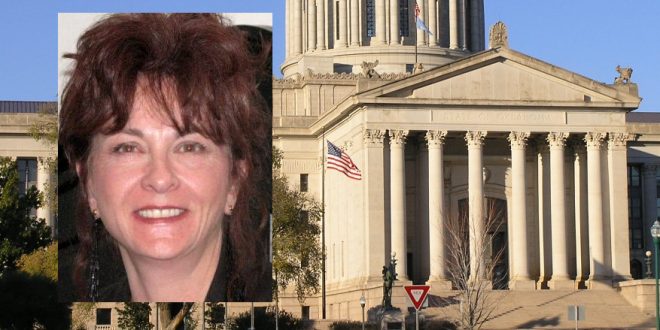 OKLAHOMA: Teenage Pages Warned “Cross-Dressers Are In The Building” During Capitol Visit By LGBT Youth

An email telling teenage pages that “there are cross-dressers in the building” caused a noon-time furor in the Capitol on Monday. The email, by a House staffer who oversees the page program, was apparently prompted by the visit of about 70 LGBTQ students from the Tulsa area who were lobbying mostly on behalf of HIV awareness and education funding and support. Their presence prompted Karen Kipgen [inset], supervisor of the page program, to arrange for pages to use private staff and member restrooms.

Kipgen also sent a mass email saying “As per the Speaker’s office, Pages are being allowed access to the ladies restroom across from 401, for today. Again, there are cross-dressers in the building.” Speaker Charles McCall’s office quickly disavowed the message, saying it was not approved by McCall nor any of his immediate staff. “Never have I felt so unsupported,” said Pickles Lee, 18, a senior at Owasso High School. “This email sort of escalated everything.”