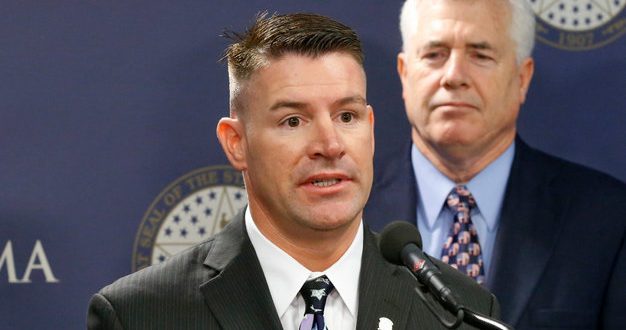 A bill that could have allowed the Ten Commandments on government property was quietly pulled from consideration Thursday, severely hurting its chances to become law.

House Bill 2177 was on the Senate agenda, but Floor Leader Greg Treat, R-Oklahoma City, announced that it wouldn’t be heard before moving on to other business. House bills must be heard in the Senate by the end of business Thursday.

If House Bill 2177 had become law, it would have authorized replicas of the documents to be displayed by any county, municipality, city, town, school or any other political subdivision. It also would have given Oklahoma’s attorney general the authority to defend any display in the event of a legal challenge.

Last month the bill, authored by state Rep. John Bennett [photo], was overwhelmingly approved by the Oklahoma House in a 79-11 vote.