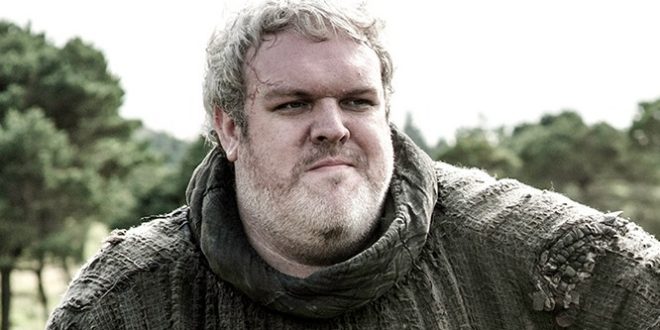 Game of Thrones star Kristian Nairn could swap the stage for the political arena after becoming frustrated with the lack of progress on equality issues such as same-sex marriage. The 6ft 10in actor, DJ and entrepreneur from Lisburn, who is gay, has been nominated for MTV’s Tearjerker award after his character Hodor’s iconic death scene in the last series of HBO’s hit fantasy drama.

“I really don’t understand why we’re the only little enclave of the country that can’t do it,” he told the Belfast Telegraph. “I hope that we can come into line with the rest of Europe and the rest of the United Kingdom and Ireland. “There’s so much other horrible s*** happening in the world at the minute, I think it’s the least of their worries. I think we need to get it sorted out as soon as possible.

Nairn, whose mum works for the Rainbow Project, a support service for gay and bisexual men, says he finds it “very saddening” to hear about continuing cases of homophobia throughout the world and the opposition to same-sex marriage in Northern Ireland.

“People are so lovely in this country. I love coming home and then when you hear something like that, and it’s being decided for us by people who I feel are completely outdated in their views and are perhaps not making decisions for the right reasons, it’s saddening,” he added.