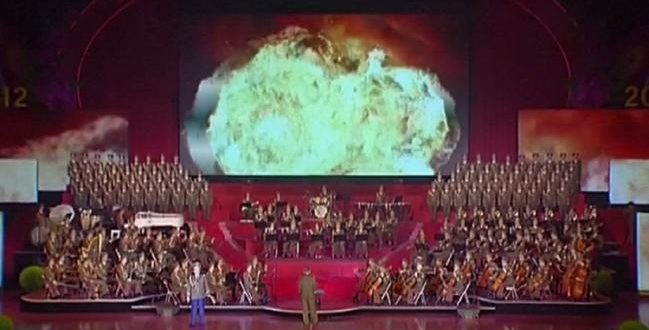 The North Korean government, via a state-run newspaper, warned of a “super-mighty preemptive strike” against the U.S. that would reduce both its military forces in South Korea and the American mainland “to ashes,” according to a Reuters report published Thursday.

“In the case of our super-mighty preemptive strike being launched, it will completely and immediately wipe out not only U.S. imperialists’ invasion forces in South Korea and its surrounding areas but the U.S. mainland and reduce them to ashes,” The Rodong Sinmun, the officials newspaper of North Korea’s Workers’ Party, said.

Such a threat is in line with past bellicose threats made by the North Korean government, which relies on bellicose rhetoric in part to maintain support among its own people. In recent weeks, North Korea has stepped up its military activity, attempting two missile tests, only one of which was successful, and ramping up its tough talk towards the U.S., South Korea and Japan.

Yesterday North Korea released a celebratory video with appears to show a nuclear strike on an American city.