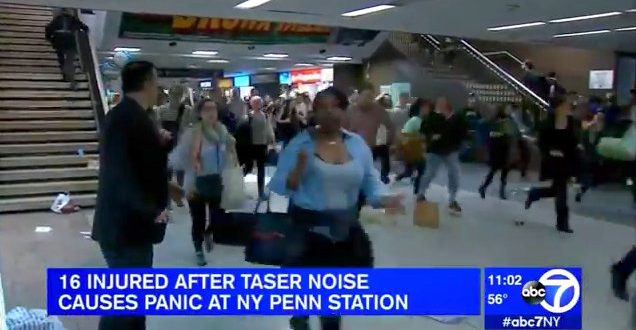 Pandemonium erupted at Penn Station Friday after Amtrak police used a stun gun on an unruly man — sending scared riders scrambling for safety. The transit hub was unusually crowded at rush hour thanks to an NJ Transit train that stalled in a tunnel earlier, causing massive delays to kick off the holiday weekend.

Cops confronted a man and subdued him with a stun gun around 6:30 p.m., sparking a stampede of frightened travelers who feared that a shooting had taken place. FDNY officials said 13 people were injured in the chaos. Amtrak authorities said the man was taken into custody.