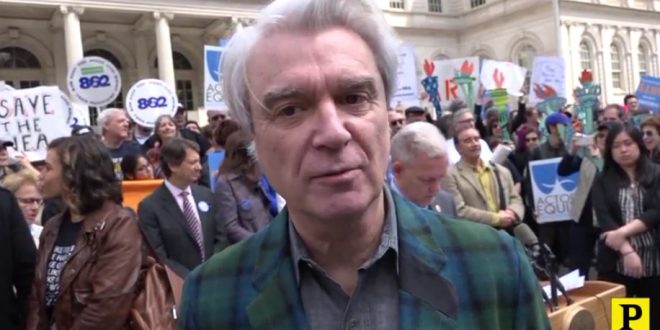 Members of the New York theatre community—including Broadway performers and Actors’ Equity leaders—took to the steps of City Hall April 3 to raise their voice in support of the NEA at the Rally to Save the Arts. Playbill was on hand to capture the event and discuss the importance of this program with several featured artists..

At the rally, New York City Council Majority Leader Jimmy Van Bramer gave an impassioned plea to protect funding for the National Endowment for the Arts and encouraged demonstrators to keep voicing their concerns, saying, “We will not accept this; this is not who we are; we are better than this. So we are fighting today, and it always starts with gatherings like this.”