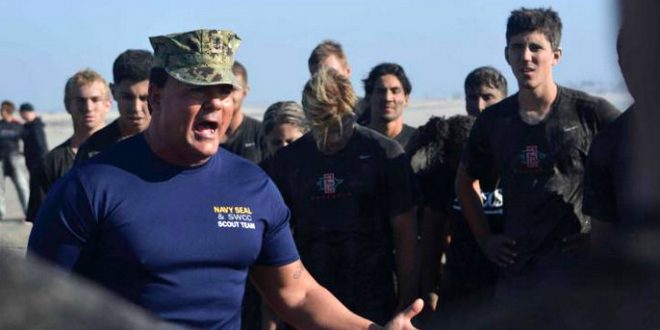 “There are very clear regulations which govern outside employment … as well as prohibitions on behavior that is discrediting to the service,” said Capt. Jason Salata, a SEALs spokesman.

Schmidt, 42, has been in the military for 23 years, obtaining numerous medals including a citation of valor for combat overseas. He has appeared in recruiting campaigns, even serving as the face of the SEAL program on its website, the Union-Tribune said.

“We have initiated a formal investigation into these allegations. There are very clear regulations which govern outside employment by (Naval Special Warfare) personnel as well as prohibitions on behavior that is discrediting to the service,” Capt. Jason Salata was cited as saying.

Authorities say Schmidt did not file the mandatory paperwork to obtain clearance for such side work. Jade said in an interview earlier this week that many of Schmidt’s colleagues were aware of his work, and that no one seemed to mind.

Schmidt reportedly performs under the name Jay Voom and has made more than two dozen films.