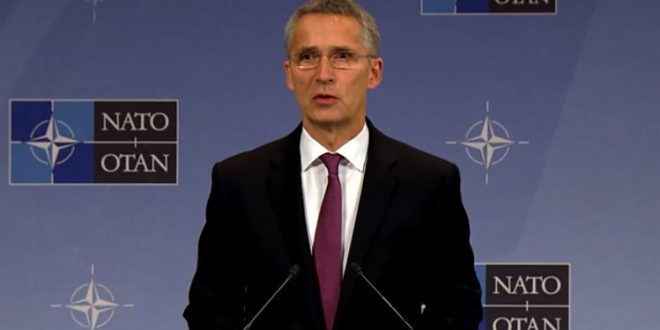 President Trump and NATO Secretary-General Jens Stoltenberg hold a joint presser at 4pm ET Wednesday. The meetings at the White House come as tensions with Russia have reached a high point over a U.S. air strike against Syria, a Russian ally, last week. That strike came in response to a Syrian chemical weapons attack against civilians two days earlier. Trump is also meeting with the NATO chief as he prepares for his first overseas trip as president to the NATO Summit in Brussels next month.