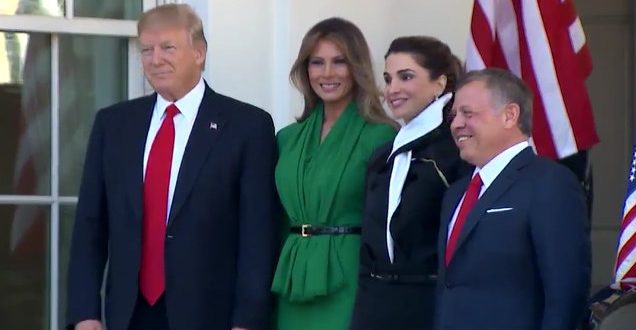 President Donald Trump holds a joint press conference with Jordan’s King Abdullah II on Wednesday afternoon. At the news conference, the pair of leaders will likely address the alleged chemical attack in Syria that killed dozens, including children, according to NBC News. On Tuesday, Trump called the “chemical attack” a “heinous” act by Syrian President Bashar Assad, but also threw blame at his predecessor President Barack Obama for what he called “weakness.” The Syrian government has denied that it had a role in the attack.