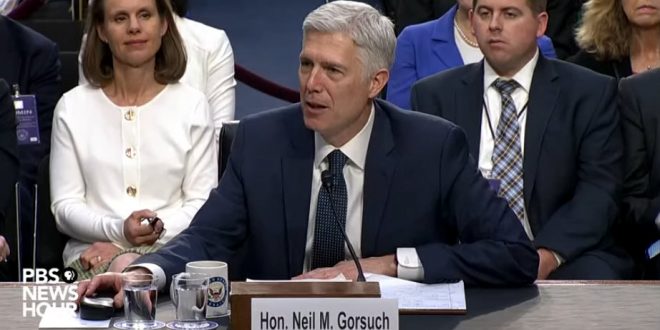 The Senate Judiciary Committee is set to vote on the nomination of federal appeals court Judge Neil Gorsuch Monday, just 62 days after his nomination by President Trump.

That vote will set the stage for a showdown before week’s end in which Gorsuch’s confirmation isn’t really in doubt. However how it is achieved will have a profound impact on the high court, the Senate and the 2018 elections.

Republicans denied Merrick Garland, President Barack Obama’s nominee, a vote for 293 days last year. Democrats will try to block a final vote on Gorsuch, unless he can get the 60 votes needed to overcome a filibuster. Republicans, with a 52-48 majority, have vowed to change the Senate’s arcane rules if necessary.