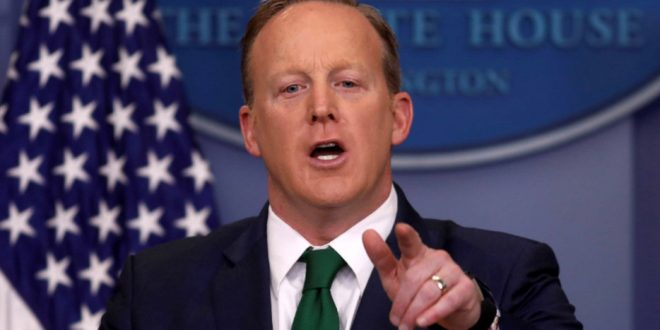 White House press secretary Sean Spicer is set to address the press corps on Tuesday in a foreign policy-focused week for the Trump administration. From Tillerson’s trip to Moscow to North Korea’s threat aimed at America in response to warships in the Korean Peninsula, this week is shaping up to be a pivotal one for President Trump, as he positions his administration in opposition to Syrian President Bashar al-Assad’s alleged use of chemical weapons, and urges Russia to step away from their support for the Assad regime. Simultaneously, Trump also urged China on Tuesday to assist in de-escalating North Korean advances in using nuclear weapons.

Previous GLAAD Calls On UN Ambassador Nikki Haley To Condemn Chechen “Concentration Camps” For Gay Men
Next OOPSIE: Ruth Bader Ginsburg Mistakenly Refers To Lindsey Graham As One Of “The Women Of The Senate”