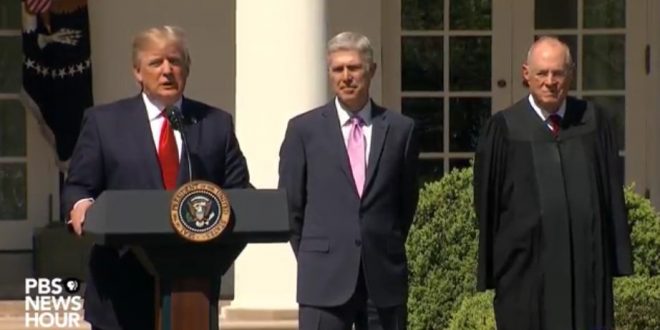 Judge Neil Gorsuch, President Trump’s pick to the fill the Supreme Court slot left open after the unexpected death of Justice Antonin Scalia, was sworn in this morning, becoming the 113th person to serve on the Supreme Court.

Gorsuch was sworn in behind closed doors at the Supreme Court building, the first of two oaths he will take today. His wife, Marie Louise Gorsuch, held the family bible as her husband was administered the oath of office during a roughly 10-minute ceremony. Their two daughters were present, as were Justice Antonin Scalia’s widow and all of the justices and their spouses, with the exception of Justice Stephen Breyer.