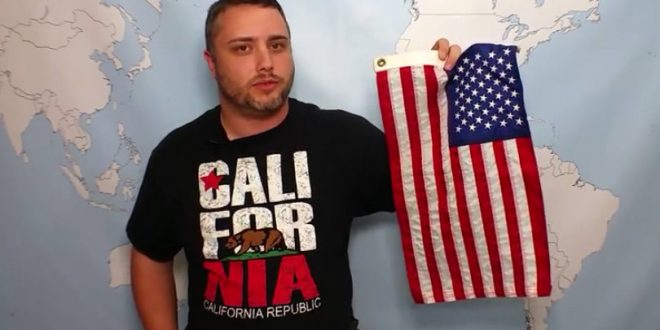 This is the guy who used to work for NOM. Business Insider reports:

The leader of California separatist group Yes California announced in a 1,600-word statement on Monday that he “intends to make Russia” his “new home” and is therefore withdrawing his petition for a “Calexit” referendum.

Louis Marinelli, who has spearheaded the Calexit campaign since 2015, set up a makeshift embassy in Moscow in December in partnership with far-right Russian nationalists who enjoy Kremlin support while promoting secessionist movements in Europe.

“I have found in Russia a new happiness, a life without the albatross of frustration and resentment towards ones’ homeland, and a future detached from the partisan divisions and animosity that has thus far engulfed my entire adult life,” Marinelli wrote on Monday.