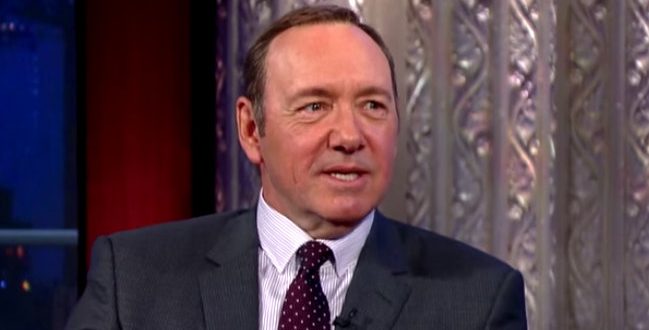 Kevin Spacey has signed on to host the 2017 Tony Awards — thereby answering a major outstanding question about the upcoming awards ceremony, which this year has waited until late in the game to nail down its emcee. Although Spacey is best known for work on film (“The Usual Suspects,” “American Beauty”) and TV (“House of Cards”), he’s had a long association with theater. He won a 1991 Tony for his performance in “Lost in Yonkers,” and his 1999 Broadway stint in “The Iceman Cometh” became one of the major events of that theater season. In recent years he wrapped up an 11-year tenure as the artistic director of the Old Vic in London.

More from the Hollywood Reporter:

“I was their second choice for Usual Suspects, fourth choice for American Beauty and 15th choice to host this year’s Tony Awards. I think my career is definitely going in the right direction,” said Spacey. “Maybe I can get shortlisted to host the Oscars if everyone else turns it down.” Last year’s awards were held at the Beacon Theatre and hosted by Tony winner and Late Late Show host James Corden. The Hamilton-heavy broadcast — in which the hit musical won 11 awards — was the most-watched Tonys in 15 years.

Previous ALABAMA: New GOP Governor Moves Up Special US Senate Election To Replace Jeff Sessions To This Year
Next United CEO: No Firings Over Passenger Dragging