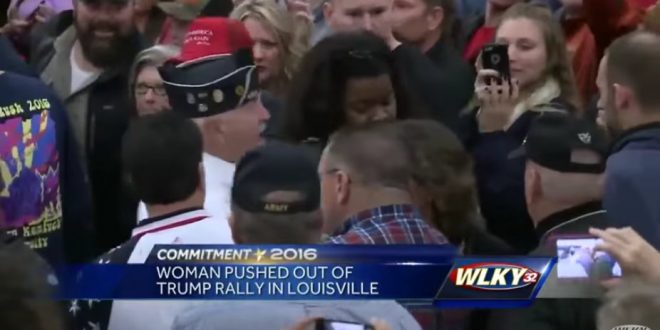 President Donald Trump has lost a bid to dismiss a lawsuit alleging he sparked violence against protesters at one of his campaign rallies in March 2016. In a 22-page ruling released Friday, U.S. District Court Judge David Hale said three anti-Trump protesters had established enough evidence to proceed with their case.

The suit seeks unspecified monetary damages over claims they were shoved and punched by Trump supporters after the Republican called to “get ‘em out of here” at his Louisville, Kentucky, rally.

The three protesters, Henry Brousseau, Kashiya Nwanguma and Molly Shah, filed suit a month after the rally, naming Trump and three of his supporters: the leader of a white supremacist group, a member of the Korean War Veterans Association and another, unnamed individual.

Trump and his co-defendants have tried to get the case dismissed before it reaches trial on several different grounds. Trump’s attorney, for one, argued the protesters’ allegations would chill political speech. He also tried to distance Trump from his supporters, saying they were acting on their own and without direction from the candidate or his campaign.