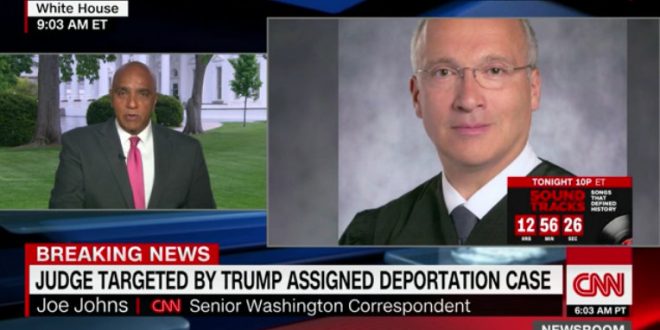 A federal lawsuit brought by a so-called “Dreamer” deported to Mexico has been assigned to District Court Judge Gonzalo Curiel — the jurist famously attacked by then-candidate Donald Trump over his “Mexican heritage” in a separate case involving Trump University.

Juan Manuel Montes, 23, filed a complaint Tuesday in the U.S. District Court for the Southern District of California, alleging that the government did not provide any documentation explaining the legality of sending him back to Mexico. The suit seeks documents related to his case.

The case was assigned at random to Curiel, the Indiana-born judge whose impartiality was called into question by Trump last year due to what the then-candidate called Curiel’s “Mexican heritage.”