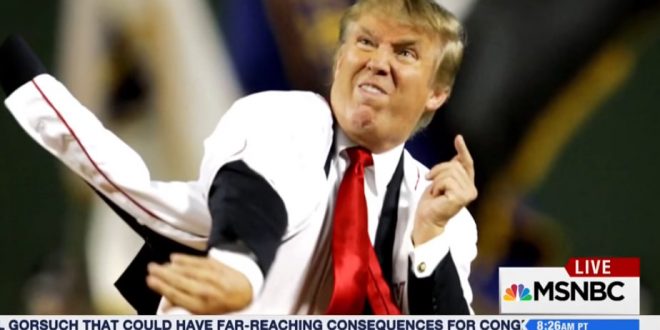 When Donald Trump decided to be the first president since Taft to refuse to throw out the ceremonial first pitch on Opening Day in a Major League Baseball game, he created quite the media buzz. Why won’t he? Joy Reid has some thoughts and it’s hard to argue with her, as usual.

“Could it be, that Trump, clearly no Mariana Rivera, wants to avoid the potential boos and hisses that could greet him at the Nationals Park, given that a whopping 90% of DC voters chose Hillary Clinton over him? Trump may not be so popular with the players either. Close to 30% of the players on the rosters of MLB’s opening rosters were born outside the United States.”