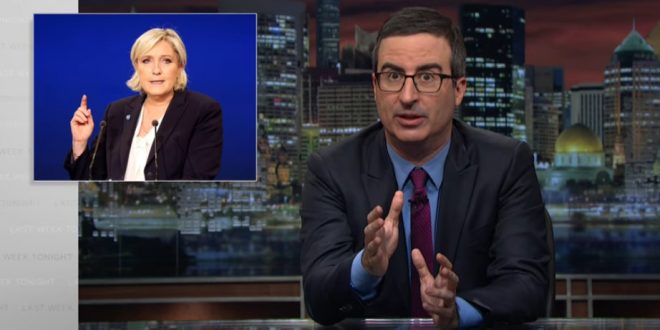 John Oliver has a message for France: “Don’t fuck up, too.” On Sunday’s edition of Last Week Tonight, the British comedian broke down the upcoming French presidential election. With current president François Hollande, a Socialist, enjoying a dismal 4 percent approval rating—due to 10 percent unemployment and a string of terrorist attacks under his watch—voters are yearning for new blood. The two frontrunners are Emmanuel Macron, who is center-left, and Marine Le Pen, president of the far-right National Front. “Honestly, she is the main reason you should be invested in this election,” Oliver said of Le Pen.