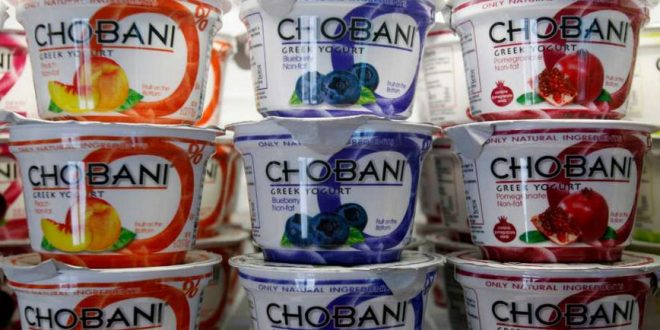 Greek yogurt giant Chobani filed a lawsuit Monday against right-wing radio host Alex Jones, accusing the conspiracy theorist of publishing false information about the company. Chobani says that Jones and his InfoWars website posted fabricated stories earlier this month that linked Chobani owner Hamdi Ulukaya and the company to a sexual assault case involving refugee children. The company filed the lawsuit in Idaho District Court in Twin Falls, where it operates the largest yogurt plant in the world.

The complaint says InfoWars released a video on April 11 describing Chobani’s practice of hiring refugees and a sexual assault case that did not involve the yogurt company. During the video, an Info Wars reporter republished statements that claimed the Chobani plant brought crime and tuberculosis since it opened the plant five years ago while also pointing out previous reports of its willingness to hire refugees in Twin Falls.

The video was promoted using the headline “Idaho Yogurt Maker Caught Important Migrant Rapists,” even though the lawsuit points out that InfoWars didn’t mention or prove that statement in the report. The story was tweeted out by Jones and other outlets. The 2016 assault sparked months of turmoil in Twin Falls after the story about the incident was spun by far-right blogs and anti-immigration groups into accounts that exaggerated and falsified many of the details.