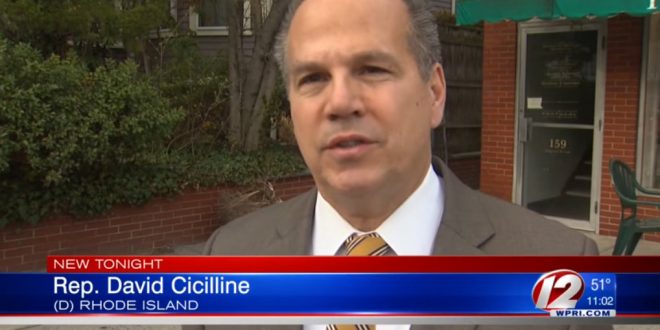 The Congressional LGBT Equality Caucus denounced reports of hundreds gay men being arrested, detained, and tortured in Chechnya, an autonomous, predominantly Muslim subject of Russia. Additional reports indicate that several of the detained individuals have been murdered in custody. On April 10th 2017, Representatives Cicilline and Lowenthal led a bipartisan letter of 50 Members of Congress urging Secretary Tillerson to speak out publicly against these reports and to pressure the Russian government to investigate and stop the violence and arrests.

“These reports coming out of Chechnya regarding the targeted arrests and murders of gay men are appalling,” said LGBT Equality Caucus Vice-Chair Rep. Alan Lowenthal (CA-47). “The most fundamental internationally-accepted human rights are the right to life, liberty, and security of person. I stand with the LGBT community in the Chechen Republic, and I call on Secretary Tillerson to denounce these atrocities and I call on the Russian and Chechen authorities to immediately halt these arrests and prosecute those who have tortured and murdered innocent people”.

I condemn atrocities by #Chechnya officials 2 arrest, torture + murder actual or perceived #gay men in violation of their basic #humanrights

I've signed this letter. The State Dept. must strongly condemn the attacks on gay men in Chechnya and demand Russia stop the violence. https://t.co/RuLpbazLBU

I hope the Sec of @StateDept uses this trip to address the reports of the human rights crisis happening in Chechnya https://t.co/4745rTV04d

The @StateDept & Sec. Tillerson must pressure the Russian government to stop these attacks on the #LGBT community. #EyesOnChechnya https://t.co/r9IqmCxem0

Secretary Tillerson must speak out against the horrific anti-LGBT violence perpetrated by Chechnya, a Russian client state. #EyesOnChechnya

While he is in Moscow, Secretary Tillerson must pressure the Russian government to investigate & stop the violence & arrests #EyesOnChechnya https://t.co/d5E5D8w5OX