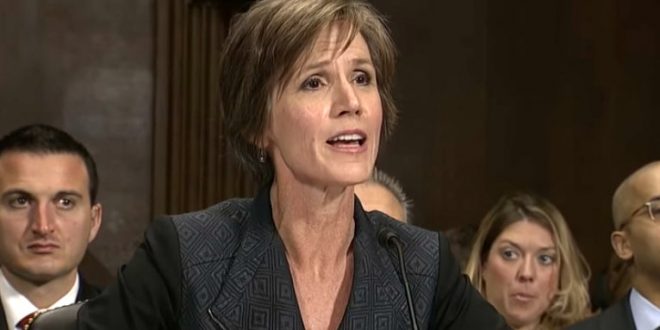 The House Intelligence Committee announced on Friday that it had extended invitations to three former officials with knowledge of Russia’s interference in the US election to testify in an open hearing in May, over a month after the committee’s chairman first scrapped the session.

“The first letter was sent to FBI Director James Comey and National Security Advisor Admiral Mike Rogers, inviting them to appear at a closed hearing on May 2, 2017,” Hytha wrote. “The second letter was sent to former CIA Director John Brennan, Director of National Intelligence James Clapper and former Deputy Attorney General Sally Yates inviting them to appear at an open hearing to be scheduled after May 2nd.”

Those officials were initially scheduled to come before the committee in March. But Nunes scrapped their appearances after going public with claims that he’d seen intelligence reports that showed information about President Donald Trump and his staffers was “incidentally collected,” and Nunes asserted that the identities of those persons were inappropriately unmasked in the reports.

Other lawmakers from both parties who later viewed the same reports said the documents showed no evidence of wrongdoing. At the time of the cancelations, Schiff charged that Nunes was trying to “choke off” public information about the Russia probe.

Previous Caitlyn Jenner Breaks With Trump And GOP: You Mess With My Community And I’m Coming After You [VIDEO]
Next REPORT: Gay British MP Claims Chechnya’s President Has Vowed To Eliminate All Gay Men By Ramadan