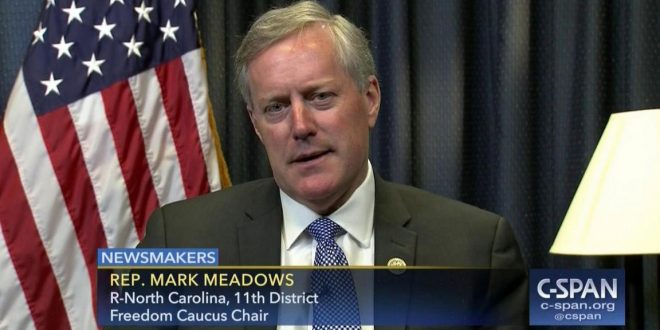 House Republican leaders are considering holding a quick vote on their embattled health care bill after a group of conservative holdouts endorsed a revised version. Facing White House pressure to pass the bill, the Republican vote-counting team is trying to gauge support for a vote Saturday, according to a Republican aide familiar with the process. But it’s unclear whether the changes will win over any moderate holdouts, or even cause some defections among those who supported the earlier version.

The health bill and a pair of amendments were posted late Wednesday on a House website listing bills that may be considered by the full chamber this week, the strongest signal yet that GOP leaders think they may have the votes to send the measure to the Senate.

Saturday would mark President Donald Trump’s 100th day in office, although that milestone is more important to the White House than to House leadership, the aide said. Last month’s failed push to repeal Obamacare on the seventh anniversary of that bill becoming law was scrapped when it became clear that Republicans lacked the votes for their own plan. But the bill got a new lease on life Wednesday when the conservative House Freedom Caucus, which helped derail the measure last month, formally endorsed the latest draft.

As top conservative groups and lawmakers declared their support for the revised measure, however, a new problem arose that could slow progress. A provision in the proposal appeared to exempt members of Congress and their aides from weakened regulations that states would be allowed to adopt.

Democrats seized on the language, arguing that Republicans were trying to shield themselves from their own legislation. The Democratic Congressional Campaign Committee even planned a rapid-fire digital ad campaign highlighting the provision as Republicans were grappling with the details.

“It should be no surprise that TrumpCare has gotten so terrible that Republicans have resorted to exempting themselves and their families from the pain it inflicts,” said Drew Hammill, spokesman for House Democratic leader Nancy Pelosi. “Speaker Ryan and congressional Republicans promised that Americans with pre-existing conditions would be protected, but it turns out they were only talking about themselves.”