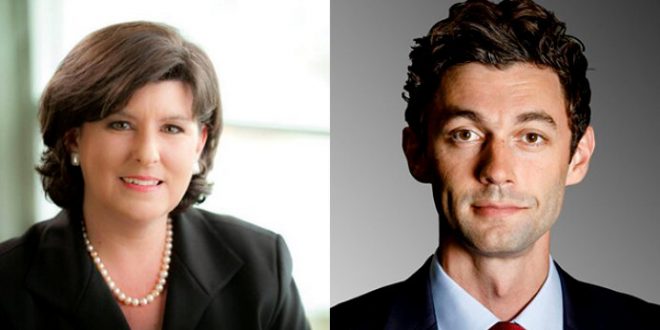 Jon Ossoff, a Democrat making his first bid for elective office, narrowly missed winning a heavily conservative House district in Georgia outright on Wednesday, according to The Associated Press. It threw a scare into Republicans in a special congressional election that was seen as an early referendum on President Trump.

Mr. Ossoff received 48.1 percent of the vote, just short of the 50 percent threshold needed to win the seat, and he will face Karen Handel, the top Republican vote-getter, in a June runoff. A documentary filmmaker and former congressional staff member, Mr. Ossoff, 30, had hoped to avert a runoff in the Sixth District, a Republican-dominated section of the Atlanta suburbs that had been represented by Tom Price, who is now Mr. Trump’s health and human services secretary.

But despite his financial advantage — Mr. Ossoff had raised $8.3 million, more than quadruple that of the next-closest candidate — and a highly energized liberal base, a majority was just out of reach in a district that has not sent a Democrat to Congress since the Carter administration. Despite major outside money, FAKE media support and eleven Republican candidates, BIG “R” win with runoff in Georgia. Glad to be of help!