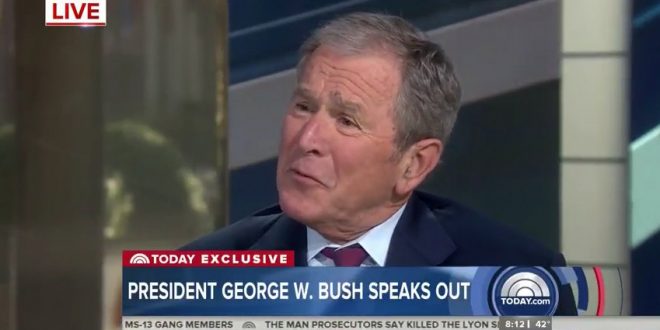 Last month the Trump administration proposed slashing the annual budget of the National Institutes for Health by $1.3 billion, $300M of which is earmarked for PEPFAR, former President George W. Bush’s universally praised program to battle HIV/AIDS in Africa. Today Bush writes an eloquent op-ed for the Washington Post which urges the Trump team to spare PEPFAR from the chopping block. He concludes:

As the executive and legislative branches review the federal budget, they will have vigorous debates about how best to spend taxpayers’ money — and they should. Some will argue that we have enough problems at home and shouldn’t spend money overseas. I argue that we shouldn’t spend money on programs that don’t work, whether at home or abroad. But they should fully fund programs that have proven to be efficient, effective and results-oriented. Saving nearly 12 million lives is proof that PEPFAR works, and I urge our government to fully fund it. We are on the verge of an AIDS-free generation, but the people of Africa still need our help. The American people deserve credit for this tremendous success and should keep going until the job is done.

I encourage you to hit the link and read Bush’s full essay.