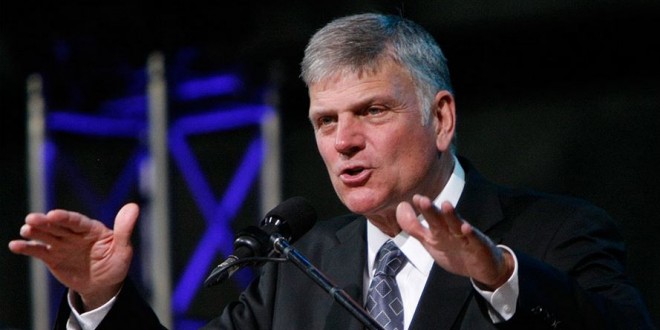 “Now Democrats are proposing a bill to ban conversion therapy in the United States, saying that LGBTQ people were born perfect. Actually, they are very misled. We were all born imperfect, with sinful natures — yet loved by God who offers us forgiveness and wholeness through faith in His Son, Jesus Christ.

“Homosexuality is defined by God as sin, an abomination to Him. There’s one ‘conversion therapy’ that works for all sin, and that is asking Jesus Christ to come into our hearts. He can transform and heal our lives, making us new. The Bible tells us, ‘Therefore, if anyone is in Christ, he is a new creation. The old has passed away; behold, the new has come’ (2 Cor. 5:17).” – Franklin Graham, posting to his Facebook page.

See my story about the proposed national ban on ex-gay torture here.