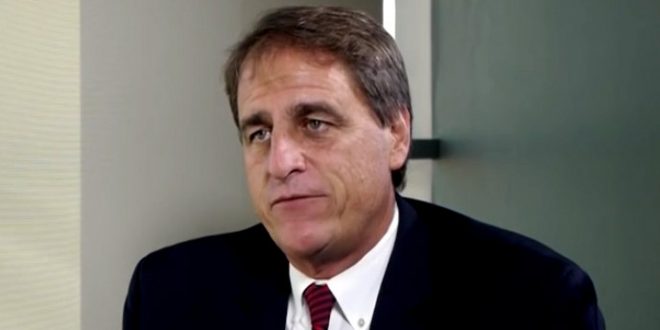 Calling his message hate speech, critics have unleashed a torrent of opposition against one of the speakers for the Mayor’s Prayer Breakfast — and against the Fort Lauderdale mayor himself.

Focus on the Family President Jim Daly, a conservative Christian who has spoken out against same-sex marriage and adoption of children by same-sex couples, is one of three personalities invited to speak at the annual prayer breakfast, scheduled for April 28.

Though Fort Lauderdale Mayor Jack Seiler wasn’t involved in the decision to invite Daly, and the city provides no funding, he’s been swept up in the undercurrent of controversy. Some have called on Seiler to denounce Daly’s beliefs, refuse to attend the breakfast, or take some other action to distance himself from Focus on the Family’s message.

Daly says he has softened his approach to the gay community over the years, and that some of his prior commentary, like a prediction that “civilization goes down” with same-sex marriage, were “too strident.”

After the cultural shift of the recent past, and the legalization of same sex marriage, he said he’s focused on protecting rights for Christians. He talked of brokering a social peace with lesbian-gay-bisexual-transgender people, rather than jabbing elbows. “I’m in a different place in terms of what it means to love my neighbor,’’ he said Friday. “I’m less finger-wagging.”

Longtime JMG readers and anyone who visits Focus On The Family’s website knows that Daly is lying about “softening his approach.” As for the mayor, in 2014 local activists targeted him with a mobile billboard campaign after he voted against a city council resolution in support of same-sex marriage.