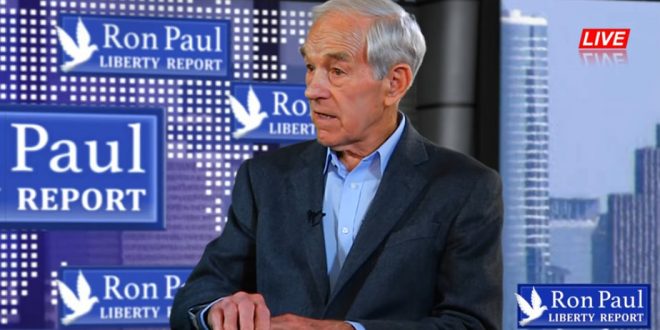 Former U.S. Rep. Ron Paul (R-TX) does not believe that Syria’s Pres. Bashir al Assad launched a chemical weapons attack on a rebel held village on Tuesday. On his “Ron Paul Liberty Report” broadcast on Wednesday, the Libertarian-leaning Republican proclaimed that the chemical weapon attack on Tuesday was a “false flag” operation designed to smear Assad and involve the world in a global war.

“Before this episode of possible gas exposure and who did what, things were going along reasonably well for the conditions,” said Paul. “Trump said let the Syrians decide who should run their country, and peace talks were making out, and Al Qaeda and ISIS were on the run.” “It looks like, maybe, somebody didn’t like that so there had to be an episode, and the blame now is we can’t let that happen because it looks like it might benefit Assad,” he said.

Previous LIVE VIDEO: Full Senate Votes On Neil Gorsuch
Next TENNESSEE: GOP Bill Would Amend State Constitution To Declare That God Is The Source Of All Liberty